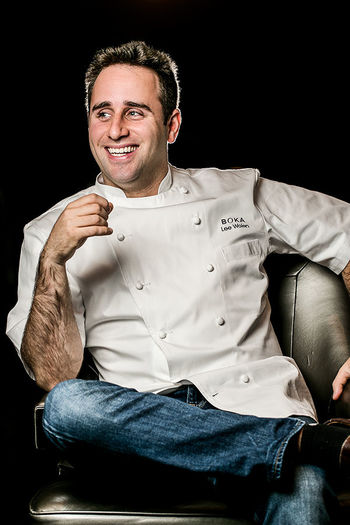 Join us for a special meal with Chef Lee Wolen,
Executive Chef and Partner at Boka and Somerset in Chicago

Chef Lee Wolen was born in Cleveland, Ohio and decided to pursue a career in the kitchen in high school. During his early career, Wolen worked as Sous Chef in Chicago at Moto, Butter, Le Manoir aux Quat’Saisons and El Bulli.

Wolen joined The Lobby at The Peninsula Chicago as Chef de Cuisine in 2012. Under Wolen, The Lobby received a five-star rating from Time Out Chicago, a four-star review from Chicago Magazine, and three-stars from Chicago Tribune. Wolen also earned a Michelin Star.

This fall, Wolen opened his second concept Somerset, an American Restaurant located adjacent to the Viceroy Chicago hotel in the Gold Coast neighborhood.