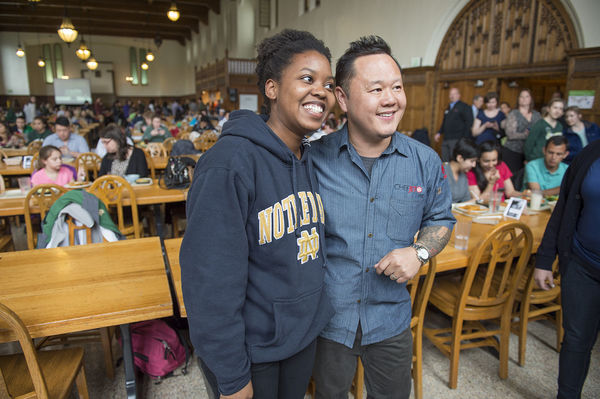 Notre Dame Food Services hosted its first ever celebrity chef on Monday, April 20, through Wednesday, April 22. Chef Jet Tila, who’s battled legends on “Iron Chef America,” and appeared as a judge on “Cutthroat Kitchen” and “Guy’s Grocery Games” in addition to many appearances on “The Today Show,” “No Reservations” and National Public Radio—was on campus to inform and entertain. As part of the rebranding of University Catering and a renewed emphasis on diverse cuisines, Chef Jet trained the culinary team on menus and cooking techniques. He performed demonstration cooking on stage in the dining halls for students, while a special event Thai menu was served. He also created a special signature dish for University Catering that was revealed April 23 and available on catering menus the next day. 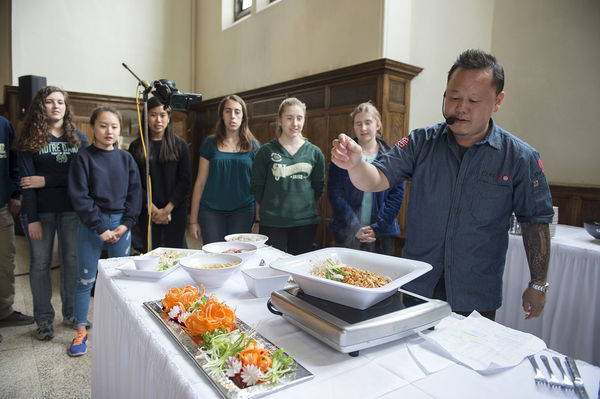 Students stand by as Chef Jet prepares a signature dish in front of a crowd in South Dining Hall. 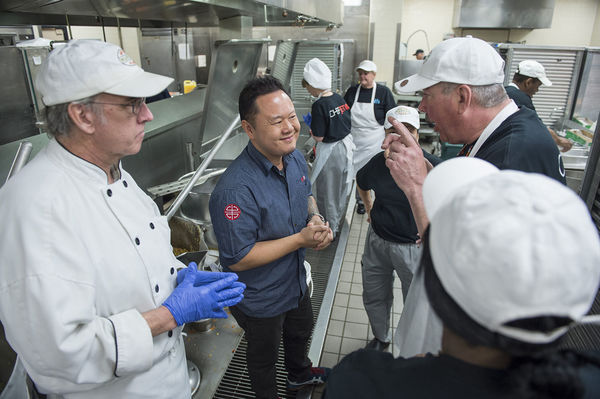