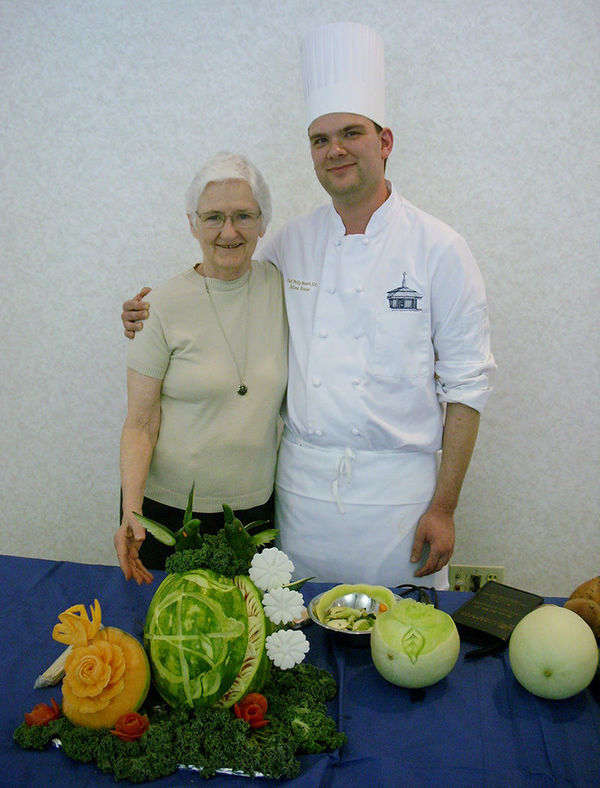 Chef Philip and one of the sisters of St. Mary's Convent.

Our own Philip Wenzel is the Chef Manager at Fatima House, a residence for Holy Cross priests and brothers, but he's gaining notoriety as Notre Dame's "celebrity chef." Since November, he's appeared regularly on Fox28's morning news show with reporter Amir Abbas, demonstrating a variety of dishes. Most recently, he showed viewers how to make a red velvet cake and fruit flower bouquets in time for Valentine's Day.

In January, Chef Philip visited the sisters at St. Mary's Convent and created decorative fruit and vegetable carvings including flowers, birds and butterflies with them. His visit was filmed and later aired on their "Food Network," an internal channel on their own TV network.

Chef Philip received his bachelor's degree from Purdue and is a graduate of Notre Dame Food Service's Apprenticeship Program. He began his career with Notre Dame at Moreau Seminary as a cook and then moved into his current position at Fatima House. Philip has worked at Notre Dame for four years.