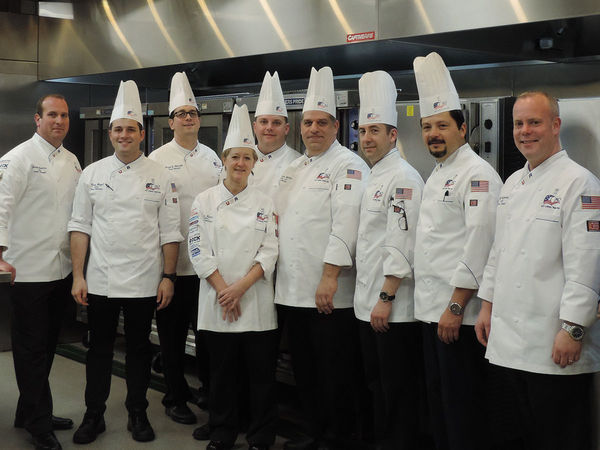 The 8 members used the catering kitchen in the Center for Culinary Excellence to practice preparing their 4 course meal while members of the Campus Dining team observed. While the culinary team meets once a month at various locations around the country, this is the first time they have practiced on a college campus. The upcoming Culinary Olympics will be October 23rd in Erfurt, Germany where they will compete against 31 other countries. 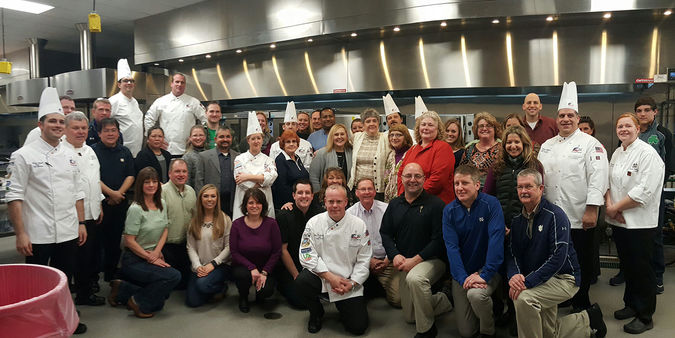