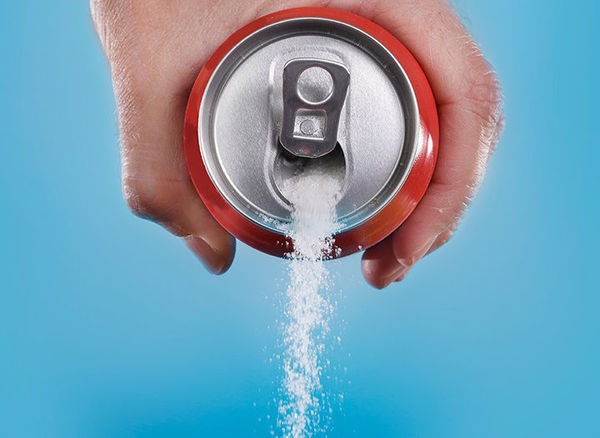 We’ve all heard the expression, “There’s no such thing as a free lunch.”  That phrase comes to mind when thinking about diet sodas. Most Americans consume diet sodas to avoid the calories. People think that because there are no sugar or calories, the effect on the body is neutral, or perhaps even positive in terms of weight loss. However, the research is finally producing the data that many have suspected for a long time, and that is that diet sodas promote weight gain.

A study published last week tracked users of diet sodas for 10 years and compared them with people who didn’t drink diet sodas. It found that diet soda drinkers were heavier, had larger waist circumferences and more abdominal obesity than non-users. The findings suggest that the low-calories sweeteners affect how fat is deposited in the body, thereby increasing risk for cardiovascular disease and mortality. Another study in 2008 showed people who drank diet soda had an almost doubled risk of becoming overweight and obese. And finally, a 2015 study on diabetes found those that consumed diet soft drinks or regular sodas had an increased risk of developing diabetes.

So what’s going on? Diet sodas were once thought to be the answer to diabetes and obesity. What is causing them to have seemingly the opposite effect? While the research is still murky, there are several thoughts. One has to do with the effect artificial sweeteners have on our gut flora (the bacteria in our digestive tracts). Animal studies have shown that the chemicals in artificial sweeteners cause disturbances in the gut microflora, and this disturbance is linked with metabolic disorders like diabetes and obesity. Another theory has to do with the effect fake sweeteners have on the brain. They seem to have an impact on sugar cravings, and can therefore boost appetite. A third theory involves how the fake sugars may trigger our body’s responses to real sugars. Essentially it is speculated that the fake sugars interfere with the body’s ability to metabolize real sugar, and thereby contribute to metabolic problems such as obesity and diabetes. Finally, there is the psychological/compensation effect. Some folks feel that by drinking a diet soft drink in the afternoon instead of a regular soda or other snack, they can reward themselves later with some cookies or ice cream.

This doesn’t mean we should go back to drinking regular sodas or fruit juice instead. The evidence on these is very clear in terms of contributing empty calories/sugar in our diets, and thereby contributing to obesity, diabetes, cancer, stroke, heart disease, and tooth decay. The evidence isn’t as clear on the artificial sweeteners, but the data is beginning to stack up on just how bad they can be. So instead of reaching for a soda, whether regular or diet, focus on what your body really needs and craves…water. If this isn’t exciting enough for you, add lemon, lime, or even sliced cucumbers. If caffeine is what you’re after, drink coffee or tea. The phytonutrients in these plants can actually have a real positive effect in the body, along with the caffeine. So kick that diet soda habit, and look forward to healthier days ahead.