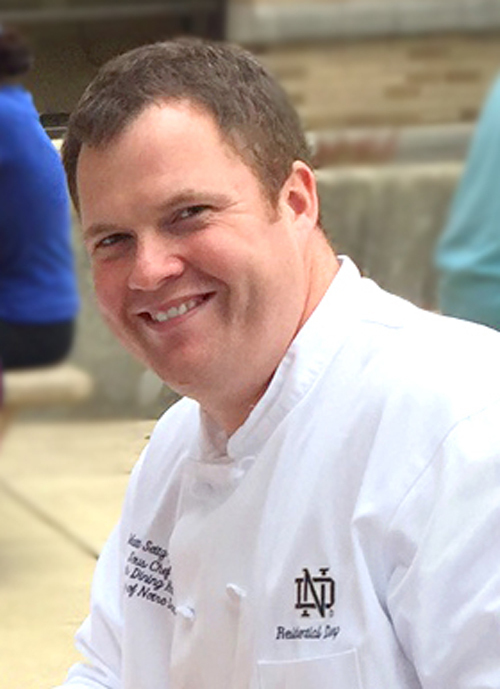 Matt Seitz, Sous Chef at North Dining Hall, recently received the prestigious Noble Masi Award for Culinary Excellence during the 23rd Annual Chef Culinary Conference at the University of Massachusetts, Amherst. Seitz was selected for the honor from a group of over 150 talented chefs and was chosen based on the following criteria: culinary skill, passion for profession, leadership, mentorship and willingness to learn.

Matt has been part of the Campus Dining team since 2012, beginning his culinary journey as a cook at Legends. Since then he’s served in various roles at North Dining Hall including Service Manager, Production Manager and now Sous Chef. Discussing his current role as Sous Chef, Matt mentions, “I like coming up with new menu ideas, learning different cuisines and cooking techniques and interacting with our students,” adding that his passion for the culinary field is rooted in “cooking great food and having people enjoy it.”

Chef Greg Larson, Executive Chef for North Dining Hall also speaks highly of Matt’s work ethic and presence in the kitchen noting that, “He works with a high level of confidence, but also possesses an underlying humility which allows him to be both a leader and a student of our craft. Matt has a unique ability to be a presence in any environment he works in, no matter how unfamiliar it might be. He feels comfortable stating his opinion, yet is always open to criticism with a genuine drive to make it the best.”

Congratulations, Matt and keep up the great work!