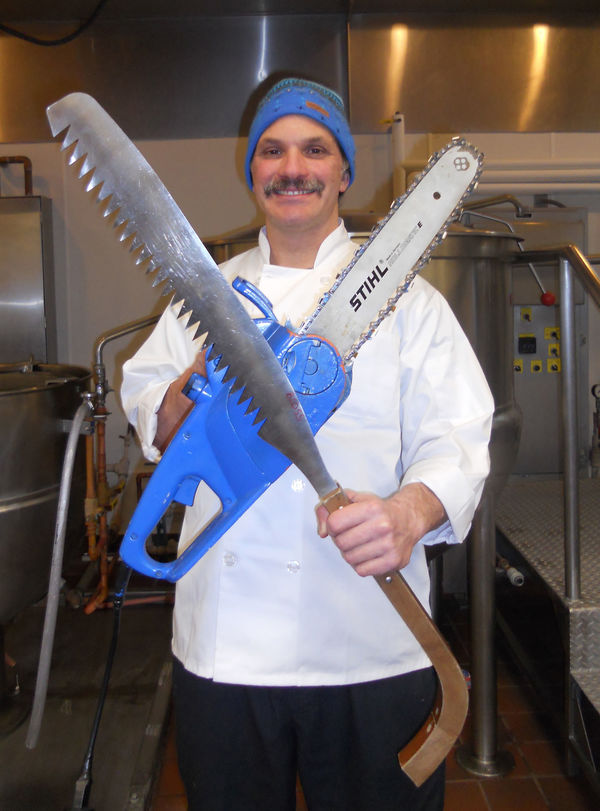 This annual competition draws professional ice carvers from across the country, most of whom own their own ice carving businesses. Carvers must qualify to be eligible and are placed in either the pro or masters division.

Competing in the pro division, Bloss carved a single block and double block sculpture over the course of two days. His single block peacock titled “Perch Royalty” and double block sailfish, “Sail Away,” each earned silver medals and 89.05 and 86.43 points, respectively.  Edging out his competitors by 2.5 points, Bloss’ combined score of 175.48 was enough to win him the title of champion. He didn’t do it alone, though. Bloss credits his wife Becky, who assisted him throughout the competition, saying, “I couldn’t have done it without her help.” The win also elevates him to the title of master ice carver.

Bloss is no stranger to carving competitions. Last year he came in third in the National Ice Carving Association's National Competition and three years ago he came in fifth. He's traveled as far as Texas to participate in similar events. During the day, he's a cook at the Center for Culinary Excellence, but over the past 11 years he's learned how to carve ice and become an invaluable member of the Campus Dining team. Along with 2 other carvers, Danny creates sculptures for University Catering events and weddings. He also does live demonstrations on and off campus.

Danny takes great pride in his work and is constantly improving his skills and pushing himself to try new things. He's already looking forward to returning to the National Competition next year and competing in the masters division. We can't wait to see what he'll create next! 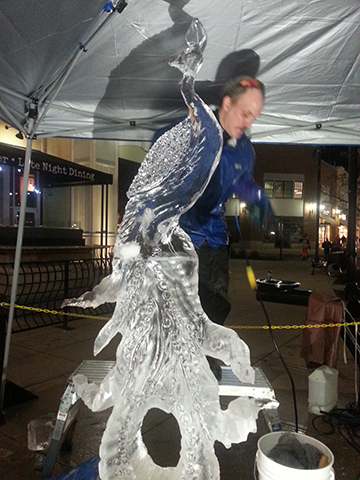 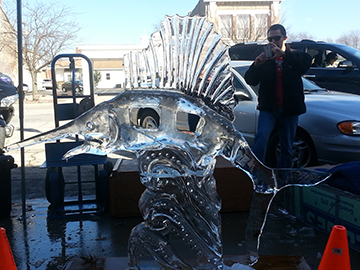