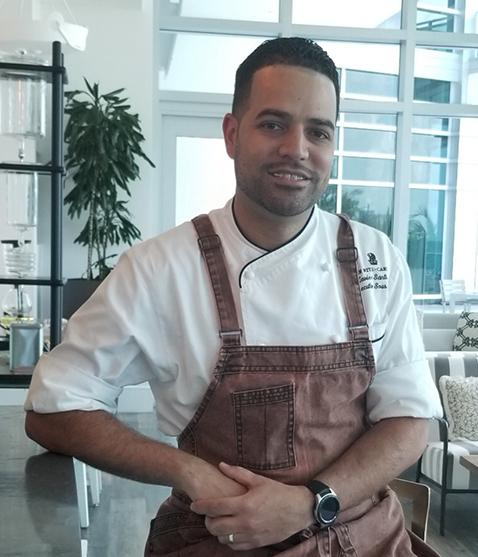 After a nationwide search, Campus Dining is pleased to announce the appointment of Xavier Santiago as executive chef for University Catering and Center for Culinary Excellence.

With more than 15 years of experience in the industry, Xavier focuses on creativity, attention to detail and a desire to grow his team through mutual trust, respect and teamwork.

Xavier will be relocating to South Bend in July with his wife and two children. He will start his new position with University Catering on August 5th.